Your Classroom in Motion: A STEAM App Series 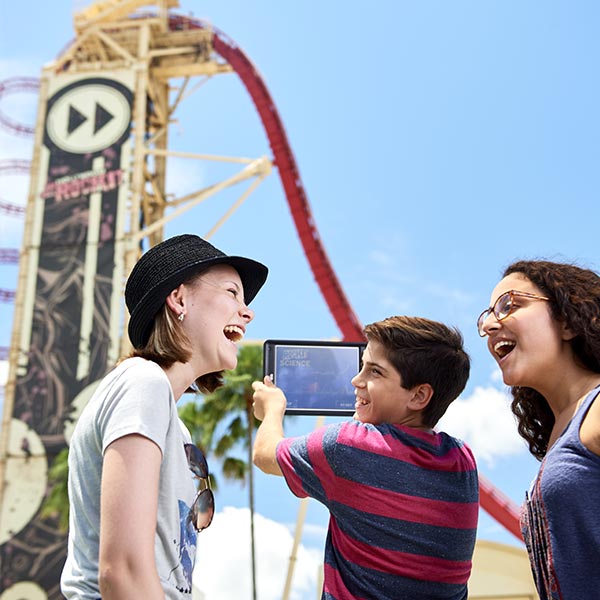 Hollywood Rip Ride Rockit™ Science is a hands-on physics lesson that teaches students just what makes roller coasters so thrilling. In this program, students work in small groups using tablets to collect data and measure speed at eight different points along the Hollywood Rip Ride Rockit™ roller coaster. Using the information they’ve collected, students solve for the ride’s potential and kinetic energy. When all the equations are solved, students will have a visual representation of the ride’s transfer of energy, giving them a more cohesive understanding of physical principles like the law of conservation of energy. At the end of the program, students climb aboard Hollywood Rip Ride Rockit™ to see how the equations translate into thrills. But the learning doesn’t stop therethe application data is sent to the instructor for further discussion back in the classroom. 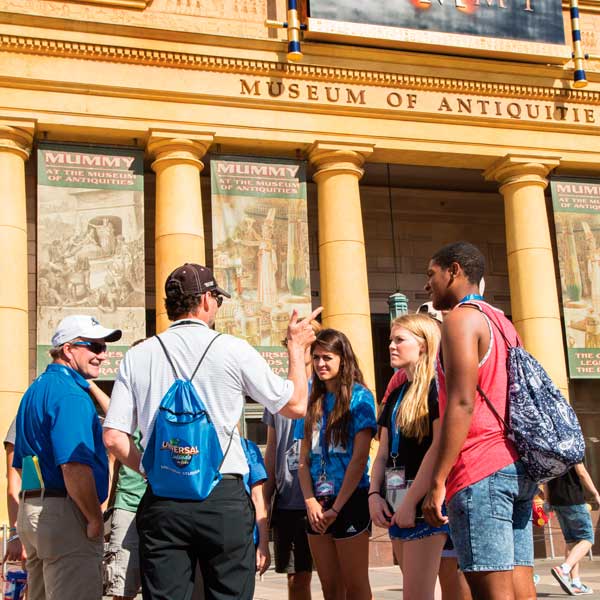 Our nail-biting Revenge of the Mummy™ attraction combines artistic elements, historical touches, and scientific knowledge to create an immersive ride experience. In Mummy Dig-Site Detective, students take a scientist’s keen eye to all those details as they investigate a strange event taking place in the Museum of Antiquities. An investigator has made some curious observations at the dig site beneath the museum — but can they really be believed? Disembarking the ride vehicle, students must verify or refute the investigator’s findings, providing evidence of their conclusions. Their observations are then compared with the facts, and students are scored based on the number of accurate observations.

Transformers ROLL Out gives students a hands-on course in rotational and translational motion as they experience the carefully choreographed thrills of TRANSFORMERS™: The Ride-3D. Working with the scientific principle of the six degrees of freedom, students learn the various types of motion — including heave, sway, and yaw — as well as how bodies move in three-dimensional space. Then, students design the sequence of movements of a ride vehicle they believe sync with the animation in the attraction. Finally, students experience TRANSFORMERS™: The Ride 3D firsthand as they analyze the motions of the ride vehicle EVAC, one of Optimus Prime’s transforming Freedom Fighters.

Students will feel like VIPs during this up to 3-hour tour that includes a few of our most popular attractions. From literature to technology, students will gain a new perspective of the innovation and creativity that goes into developing one of the world's most popular theme parks.

Students learn about the behind-the-scenes skills that go into developing one of the world’s most popular theme parks.

From literature to technology, students will gain a new perspective of the innovation and creativitythat brings their favorite stories to live.

Check out our other programs, events, and festivals websites: