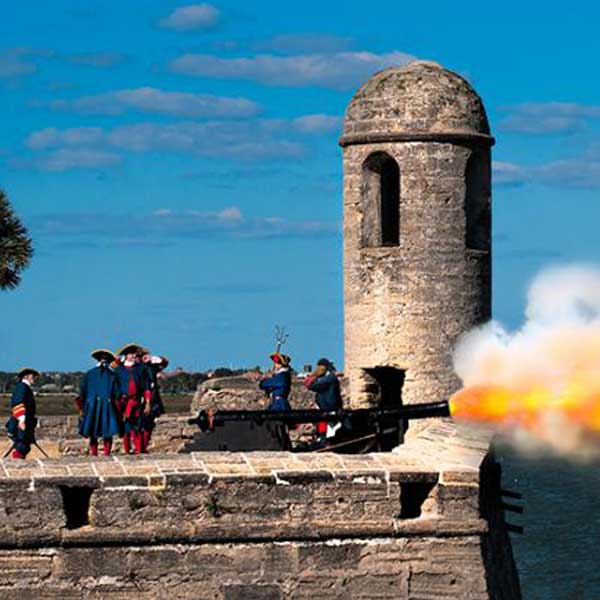 A monument not only of stone and mortar but of human determination and endurance, the Castillo de San Marcos symbolizes the clash between cultures which ultimately resulted in our uniquely unified nation. Still resonant with the struggles of an earlier time, these original walls provide tangible evidence of America’s grim but remarkable history. 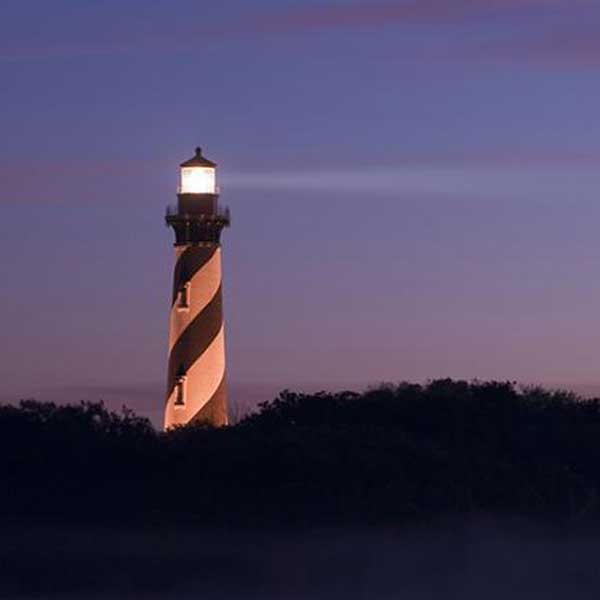 A Spanish watchtower, built in the late 1500's was the predecessor of the present St. Augustine Lighthouse. St. Augustine is the site of the oldest, permanent aid to navigation in North America. A series of wooden watchtowers evolved into Florida's first lighthouse,. It is likely that some of these early towers held a flame, as is indicated on several archival maps and documents. However, officially the first light in St. Augustine was lit in an existing coquina structure in May of 1824 by Florida's American territorial government.

On the Living History Tour, you can imagine life in St. Augustine for hundreds of years. See and Experience how our citizens lived, worked and played while defending against attack. Learn about blacksmithing and cover your ears for a live musket demonstration! Visit a home that’s over 270 years old. Climb the watchtower and look for ships on the horizon. The St. Augustine Colonial Experience allows you to understand the success of the oldest permanent European Settlement in North America. History awaits you.

Ripley’s Believe it or Not!

Discover the strange, the shocking, and beautiful at Ripley's Believe It or Not! on San Marco Avenue. Enjoy incredible eye-popping exhibits where you can pose with the world’s tallest man, lose yourself in some mind-boggling visual illusions, and even see a vampire kit! The array of weird will leave you awe-struck. You've found your one-stop family fun in St. Augustine!

The Lightner Museum is housed in the former Alcazar Hotel, which was built in 1888. Henry M. Flagler commissioned architects Carrere and Hastings to construct this architectural masterpiece. The Alcazar closed during the Depression, and in 1947 the building was purchased by Otto Lightner as the perfect place to house his Victorian-era collection of antiques. He opened it as a museum two years later and turned the building over to the City of St. Augustine. The building is on the National Register of Historic Places and today is home to both the Lightner Museum and City government offices.

This historic jail served the city of St. Augustine from 1891-1953. Visitors can take tours of the jail during the day or night, experiencing history as inmates in period dress guide them through the women’s cells, men’s cells, and the maximum security cells where only the most dangerous criminals were kept.

Old Town Trolley Tours offers visitors a fully narrated tour of St. Augustine as well as a convenient way to get around downtown, with 23 stops along the way.

Check out our other programs, events, and festivals websites: